Test your grammar – the apostrophe quiz

Do you know how to deploy an apostrophe correctly and its importance in formal writing? Do you always proofread before publishing your blog post or sending your email newsletter? Here’s the news; big name brands don’t always follow the recognised rules for grammar. Let’s test your knowledge of well-known brand names with our little quiz; do you know which brands follow the rules of grammar and use an apostrophe and which – horrors! – don’t?

1) This supermarket and banking giant is known as

2) Their major competitor brands itself

4) There’s often a tin under the Christmas tree, so what’s the spelling?

5) Once known for their bangers, now more so for their ice-cream, is it

6) The Victorian amber beauty bar, is the soap brand called

8) The famous Yorkshire tea rooms named for a mystery woman, are they

9) The essential accompaniment to cold meats, made in Norwich – is it

In common parlance, everyone does their shopping at “Tesco’s” but in reality there is no letter ‘s’, with or without an apostrophe. The Tesco name came about in 1919 when Jack Cohen purchased a shipment of tea from T. E. Stockwelland combined those initials with the first two letters of his surname. Even when the name is used as a possessive, as in “Tesco Finest” or “Tesco own brand,” no apostrophe is used.

The Sainsbury family, which established the organisation now known as J Sainsbury PLC, does choose to use the apostrophe  and the store is known as “Sainsbury’s”. The first store was labelled “J. Sainsbury” and a banner read “Sainsbury’s for Quality”.

No apostrophe for this brand, first set up by John Boot in Nottingham in 1849 as Boots the Chemist. The company is now part of the Wallgreen empire and as such is formally known as Wallgreens Boots Alliance – with two missing apostrophes!

No apostrophe for either Cadbury or Roses, whose famous strapline was “Roses grow on you!” Chocolatier Cadbury bought out a confectioners created by the Rose brothers  and the popular tins of sweets are commonly known as Roses. Occasionally, the company has risked the wrath of chocolate lovers by pruning the Roses, putting fewer in the tin, or changing the flavours, but they remain great favourites.

Another family company, Wall’s was set up by Richard Wall in 1786 and does have an apostrophe. Originally a butcher, the idea of diversifying into ice-cream came in 1913, and for many years Wall’s ice cream was principally manufactured just a few miles from my office, over in Gloucester.

The famous translucent, amber bars of soap take their name from the company founder, Andrew Pears, and so the branding is Pears Soap, with no apostrophe. However, if the company is named in the possessive, for example “Pears’ famous adverts”, an apostrophe is required.

The biggest department store in Europe was started by Charles Henry Harrod. Despite this, the brand name has no apostrophe. Selling everything from pub food to gold bars, Harrods was also the victim of a major crime in 2012 when items worth £240,000 were stolen, including a single dress valued at £24,000.

Bettys is part of the Bettys and Taylors Group Ltd – famous for their Yorkshire tea rooms and scrumptious cakes. The company’s own website states that it is unclear who the founder had in mind when he chose Betty as the name of the tearooms but it offers a few suggestions. Either way, there’s no apostrophe for this brand.

Colman’s Mustard came from a mustard and flour milling business set up by Josiah Colman near Norwich in 1814. The company is said to have made its fortune from the amount of mustard that’s left behind on people’s plates! The brand name does include an apostrophe.

McDougall Brothers was founded by five brothers – Alexander, Isaac, Arthur, John and James Thomas – in 1864. Despite being the company of the plural McDougalls, there is no apostrophe in the brand name. McDougalls is known for creating a yeast substitute in 1864 and later and inventing self-raising flour, making them a big hit with cake lovers everywhere.

Our quiz is adapted from an idea spotted on the American brand names quiz found on The Consumerist – hat tip to them.

(Photo by Michael Henein on Unsplash)

How did you get on? Do you think your friends can match your score? Share the quiz with them and compare…

I very much enjoyed working with Sue Kelso Ryan while she was writing copy for a new website and I’m delighted with the end result! … I would highly recommend Sue and indeed, I hope to work with her on further projects in the future.

I’m happy to share some of the ghostwriting, copyediting and proofreading projects I’ve worked on recently. Click on the links to learn more and to buy*, if you like a jolly good read!

Ghostwriting
“In the Blink of an Eye” is a collaboration with Mia Austin,  telling the inspiring story of her life after a stroke at the age of 21 left her with locked-in syndrome. Mia achieved more than anyone thought possible, including charitable work and international travel, while campaigning for disabled rights.

Ghostwriting
“Letters from Lebanon” is a memoir. Caroline’s adventurous spirit took her to a teaching job in Beirut. Read about how she adapted to her new life, finding love and lifelong friendships during a time of conflict. 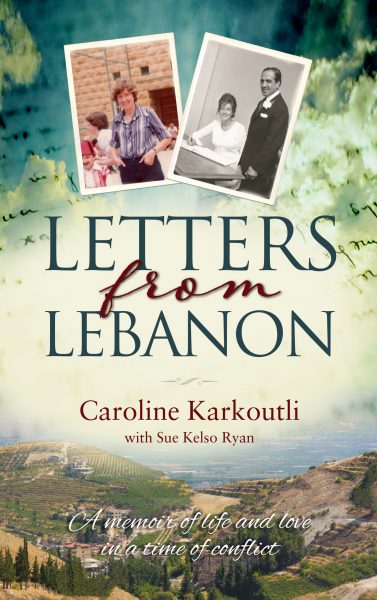 Copyediting and proofreading
“Seaplanes Don’t Fly at Night” is a memoir that tells the true story of a young couple whose babymoon holiday in the Maldives turned to chaos as their baby was born unexpectedly early.

“Never Say Di” recounts the adventures of a nurse who travelled to Canada, Africa, New Zealand and Australia in the 1950s and 60s. She was a spy for the Canadian drug squad and established pelvic floor exercises as a therapy within the NHS; the most varied career!

Need help for similar projects?
Get in touch!
I’d be happy to hear from you.
*As an Amazon Associate I earn from qualifying purchases.

Getting creative with today’s #doodlewashjanuary

Day 19 of the #doodlewashjanuary2021 challenge is

This knitted doll was great fun to paint, for the

Day 16 of the @doodlewashed challenge is #cocoon #